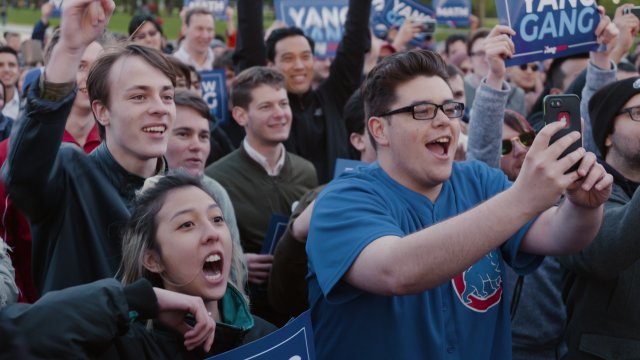 Few people had heard of Andrew Yang when he launched his presidential campaign back in 2017. But the Democrat says his White House bid is now surging, thanks largely to young people interested in his many bold policy ideas.

"I'm certainly very excited about the support I'm getting from young people. I think many young people are concerned about their path forward," Yang said.

Yang is currently on a nationwide tour campaigning in 15 states and here in Washington, where he drew a noticeably young crowd. His supporters are known as the “Yang Gang." And his unique policy proposals, like Universal Basic Income, have captured their attention.

"I really think he's hit it on the head with the problem about automation facing America," said Lawrence Tang. 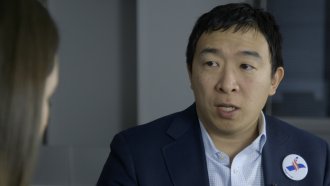 It's about more than just his vision for America, though. A lot of millennials say he's the easiest candidate to understand in terms of policy.

“On the other candidates' websites and on their pages, you don't get as much transparency as you do on Andrew Yang's," said Dheeraj Keshav.

It's true that no other Democratic candidate has more policy stances on their website than Yang, from core issues like the Freedom Dividend and Medicare for All to more obscure ones targeting airlines and robo-calling.

But his campaign hasn't gone without controversy, mainly due to support Yang's received on controversial Internet forums like 4chan. While he publicly disavowed their support during a CNN town hall, he doesn't think it could hurt his chances.

"The fact that some tiny, tiny fraction of my supporters might hold certain beliefs will probably never come up for the vast majority of Americans who are finding out about me. Most Americans have never even heard of 4chan. I apparently know what it is. So when they go to my website, they go to CNN town hall, they go to the rallies, I'm very, very confident that Americans are going to stay focused on actually trying to solve the problems on the ground for the American people," Yang said.

Yang did recently see a bump in polling. A new Emerson survey found him near the middle of the pack in the crowded Democratic field. And though he's far behind those in the lead, his supporters are confident he'd be the best choice to beat President Trump.

"Despite his currently low polling numbers, I think he has the potential to emerge as a unifying candidate for America," said Grant Marthinsen.