What McCabe Did And Didn't Say During His First Senate Hearing 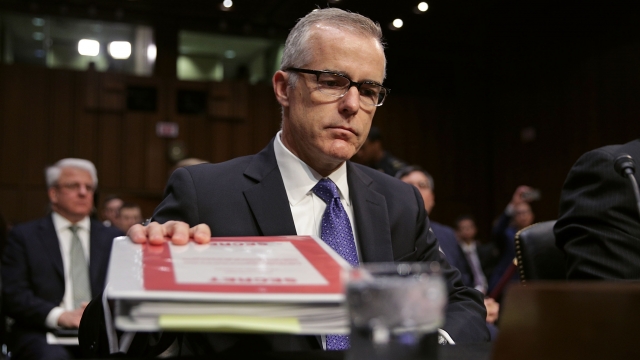 SMS
What McCabe Did And Didn't Say During His First Senate Hearing
By Katherine Biek
By Katherine Biek
May 11, 2017
Most of the questions for the acting FBI director were about the bureau's investigation into Russian interference in the 2016 presidential election.
SHOW TRANSCRIPT

Andrew McCabe, the acting director of the FBI, testified in front of the Senate Intelligence Committee on Thursday. He appeared in place of former FBI Director James Comey, who was fired Tuesday by President Donald Trump.

"Director McCabe, welcome to the table and into the fray," Sen. Richard Burr said.

Not surprisingly, most of the questions posed to McCabe were about the FBI's investigation into Russian interference in the 2016 presidential election. But the senators might have been disappointed with his answers:

"As you know, Senator, we do not typically answer that question."

"I can't really answer those sorts of questions in this forum."

"Sir, I can't comment on any conversations the director may have had with the president."

"I don't think I'm in a position to comment on that."

McCabe did say Comey's firing has not affected the investigation.

"There has been no effort to impede our investigation to date. Simply put, sir, you cannot stop the men and women of the FBI from doing the right thing," he said.

He also reiterated several times that he has not spoken to anyone in the White House about the investigation and said he won't provide updates in the future. 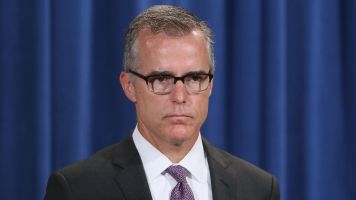 Deputy White House Press Secretary Sarah Huckabee Sanders told CBS on Tuesday that Comey "had lost the confidence of the rank-and-file members of the FBI."

But McCabe contradicted that statement during the hearing Thursday.

"Director Comey enjoyed broad support within the FBI and still does to this day. ... It has been the greatest privilege and honor of my professional life to work with him."