FBI's Andrew McCabe Might Be Fired Days Before Retirement 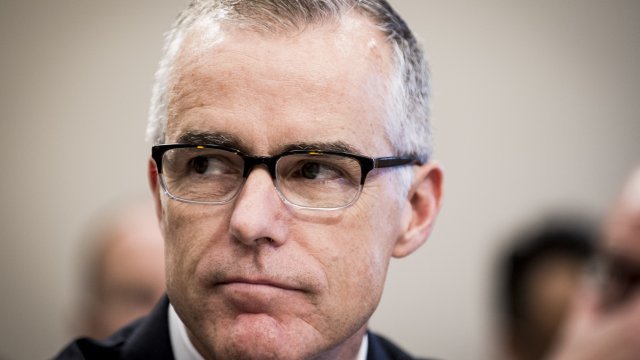 McCabe stepped down as FBI deputy director in January but is still on the agency's payroll. It's now up to Attorney General Jeff Sessions to decide if McCabe will serve the short remainder of his term.

An internal report claims in 2016 McCabe misled investigators about his decision to authorize FBI officials to speak to the media about a Clinton Foundation investigation.

McCabe temporarily replaced former FBI Director James Comey in May after President Donald Trump fired Comey. But it seems McCabe hasn't been a Trump favorite, either.

McCabe left his position earlier this year after Trump spoke out against him for months. It was assumed he'd take extra vacation days until his official retirement date on Sunday.

If fired, McCabe could lose his pension after serving over two decades at the FBI.