Andrés Manuel López Obrador Has Been Elected Mexico's Next President 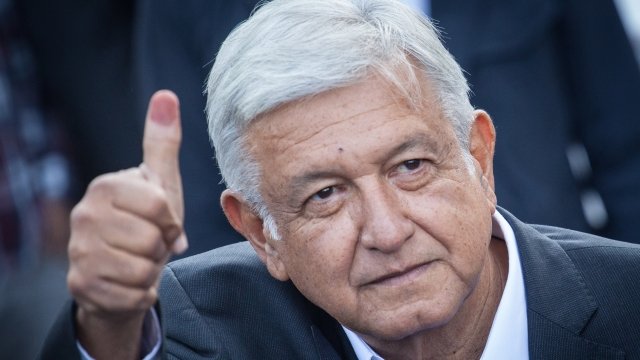 Andrés Manuel López Obrador has run for president twice before and lost both times.

Andrés Manuel López Obrador has been elected Mexico's next president.

He beat out three other competitors for the position. López Obrador is a left-wing populist who ran for president two times before — in 2006 and 2012 — but lost both times.

This time, though, his campaign seems to have resonated more with voters. He promised to take a stance against the widespread violence and corruption in the country.

López Obrador's election could mark a change in Mexico's attitude toward the U.S. In addition to vowing to fight crime and corruption, he has campaigned on standing up to U.S. President Donald Trump on everything from immigration to trade.