Anchorage Hit Its Highest Temperature Ever 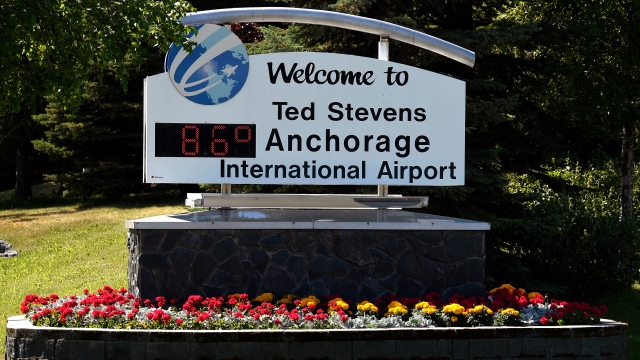 Anchorage reached its highest recorded temperature ever on Thursday. The Ted Stevens International Airport hit 90 degrees at about 5 PM, shattering the city's previous record high of 85 degrees, set in June, 1969.

Anchorage canceled its Fourth of July fireworks display because it was worried about starting a wildfire. The city's mayor told The New York Times, "I tease people that Anchorage is the coolest city in the country — and climatically that is true — but right now we are seeing record heat."

The abnormally warm weather is caused by high-pressure circulation that creates a "heat dome," trapping warm air underneath.

The National Weather Service predicts the massive heat wave to continue for southern Alaska through July 8. It's expected to reach temperatures of 87 degrees or higher each day.