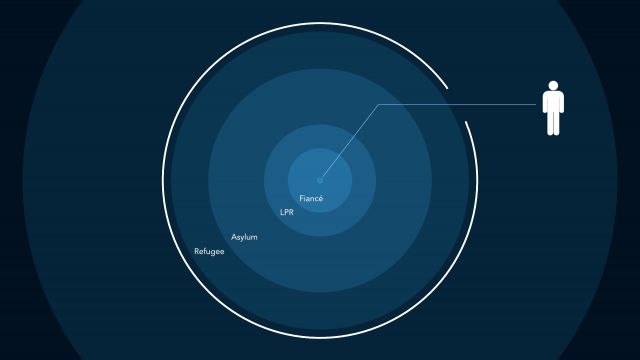 SMS
Odds Of Being Killed By A Refugee Terrorist? 1 In 3.6 Billion
By Jake Godin
By Jake Godin
February 14, 2017
An exhaustive study looking at foreign-born terrorists in the U.S. from 1975 to 2015 found the annual chance of dying in an attack is very unlikely.
SHOW TRANSCRIPT

Newsy spoke with Alex Nowrasteh, the CATO Institute's immigration policy analyst, in the aftermath of President Trump's executive order temporarily banning travel for seven Muslim-majority countries and all refugees from entering the United States. Here's what he said.

"In this case, it is obvious that his order has done far more damage to Americans than we've gotten in extra security benefits.

"Trump's executive order banned migrants from seven Muslim countries temporarily while also permanently cutting the refugee program by 50 percent while barring Syrians from ever coming to the country as refugees.

"Last year, I published a study that took a look at the danger caused by foreign-born terrorists on U.S. soil and what the risks are of an American being murdered by a terrorist based on their visa category in any given year from 1975 through 2015.

"What I found was that your chance of being murdered by a foreigner in a terrorist attack on U.S. soil was about 1 in 3.6 million per year. But there was quite a big variance between the types of visas that these foreign terrorists entered on.

"So the tourist visa, the B visa, was the deadliest because 18 out of those 19 hijackers on 9/11 came in on those visas. Your chances of being murdered by one of them was about one in 3.9 million per year.

"Your chance of being murdered by a refugee terrorist during that time was one in 3.64 billion a year.

"Meanwhile, your chance of being murdered by an illegal immigrant terrorist during that was about one in 10.9 billion per year — so quite a wide gap. With many categories, a zero chance during that time period. 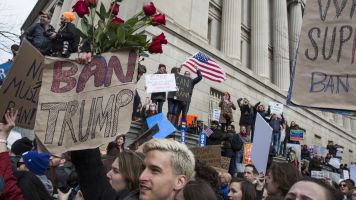 "To understand how small the risk from dying in a terrorist attack committed by a foreigner on U.S. soil, you have to compare it to something I think people understand a little better … like homicide.

"In the United States, your chances of being murdered every year is about 1 in 14,000. Compared to your chance of being killed in a terrorist attack by any foreigner, 1 in 3.6 million.

"Your chance of being murdered in a normal homicide is about 252 times as great as your annual chance of dying in a terrorist attack committed by a foreigner on U.S. soil.

"Trump's executive order should be immediately rescinded. The harm that it's done to lawful permanent residents in the United States, to folks who had a legal visa who were stuck overseas for days sometimes without any kind of warning of what was going to happen, to American businesses who had their hiring and business operations frustrated as a result, for almost zero benefit to American national security is truly unforgivable.

"The government does have an important role in trying to prevent terrorism on U.S. soil, but that role does not include poorly thought out executive orders that aren't grounded in any kind of actual evidence about increasing American national security."