An Iran Deal Is Coming; We're Just Not Sure When 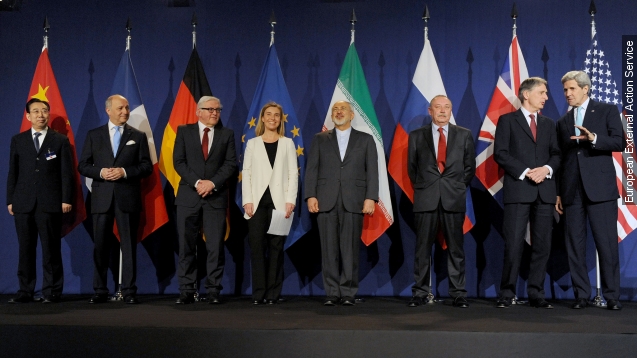 It seems some members of the press are getting antsy for a nuclear deal with Iran to be finalized. (Video via Voice of America)

On Sunday, reports said a deal would be announced Monday, a notion diplomats quickly shot down.

A senior state department official told The Washington Post, "We have never speculated about the timing of anything during these negotiations, and we're certainly not going to start now — especially given the fact that major issues remain to be resolved in these talks."

One of those major issues has been a timetable for alleviating some of the sanctions the international community has imposed. (Video via Al Jazeera)

And a little anxiousness is understandable. This is the third time these nuclear talks have been extended, and there's increasing pressure on negotiators to reach a deal.

Plus, the language diplomats have been using will sound familiar: hopeful to reach a deal soon but with lingering big issues to resolve. (Video via U.S. Department of State)

Also familiar: the noise from critics of the deal.

And his ally in the U.S. Senate Mitch McConnell said any deal would be a hard sell to Congress, while also admitting there wasn't much Congress could do to stop it. (Video via Fox News)

The deal would cap off years of negotiations with Iran and would open the door to more oversight of the country's nuclear program, though critics say it brings the country closer to having a nuclear weapon.