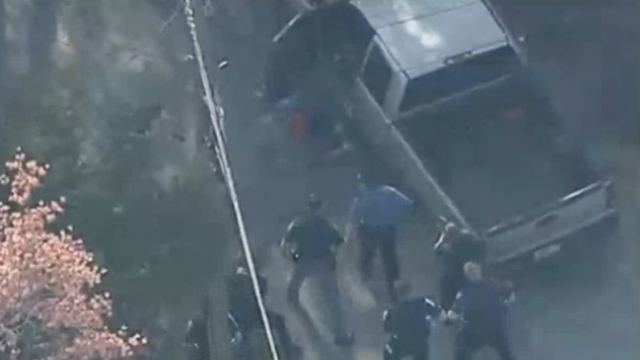 Police say Richard Simone led officers on a 50-mile car chase that lasted about an hour.

Massachusetts State Police will review if the appropriate amount of force was used after video surfaced of what appears to be violent takedown.

Richard Simone led police on an hourlong chase that started in Holden, Massachusetts, and ended in Nashua, New Hampshire. And that ending is what's under review.

Police say they tried to get the 50-year-old to pull over, but he evaded them with erratic turns. After turning onto a dead end, Simone surrendered, and video appears to show multiple officers repeatedly punching him. Authorities say Simone has several outstanding warrants for assault and battery with a dangerous weapon, larceny and failure to stop for police.

Simone will appear in court Thursday where he'll face charges for underlying warrants and new charges related to the case.