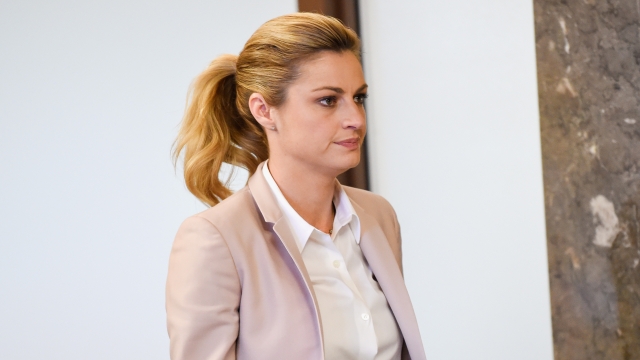 Erin Andrews' attorney asked, "Do you believe you will ever get over this?"

Tuesday was Andrews' second day of testifying about a nude video of her recorded in 2008 at a Nashville Marriott by convicted stalker Michael David Barrett.

Andrews, now a sports reporter for Fox, was covering a Vanderbilt football game for ESPN at the time.

Barrett reportedly called the hotel and asked for a room next to Andrews. The hotel granted his request.

Andrews told the courtroom the video, reportedly watched on the Internet 17 million times, has left her emotionally scarred ever since.

Andrews is currently suing the hotel for negligence, infliction of emotional distress and invasion of privacy. She's seeking $75 million.