An 8-Year-Old Boy Raises $1M For His Best Friend 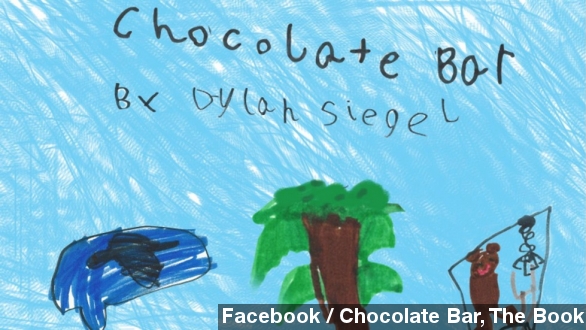 SMS
An 8-Year-Old Boy Raises $1M For His Best Friend
By Katherine Biek
By Katherine Biek
December 16, 2014
Book sales for "Chocolate Bar," which Dylan Siegal wrote for a friend with a serious medical condition, have surpassed $1 million.
SHOW TRANSCRIPT

Back in 2012, a then-6-year-old boy wrote a book to raise money for his best friend, who has a rare liver condition. Well, that book has just surpassed $1 million in sales.

"I like to go to the beach, that is so chocolate bar," Jonah Pournazarian said in an NBC interview.

"I like to go swimming, that is so chocolate bar," Dylan Siegal said.

Jonah is just one of 500 children in the world with glycogen storage disease type 1b. KABC reports every few hours he has to be fed a mixture of water and cornstarch through a tube in his stomach.

"We hope we don't miss an alarm clock because he could die," Jonah's mom, Lora Pournazarian, said.

The disease also means Jonah has a difficult time fighting off bacterial infections. Back in 2013, NBC reported then-7-year-old Jonah had already been to the hospital more than 20 times.

Dr. David Weinstein from the University of Florida has spent years working to find a cure for GSD type 1b, which was considered fatal until around 1971. All of the money raised from Dylan's book goes directly to Weinstein's research fund.

Jonah's family fronts the cost of publishing and shipping the books, which are sold for $20 each. (Video via KCAL)

Dylan's success with his book sales has been highly publicized over the past two years.

Now, Dylan has reached his $1 million goal, and he says isn't stopping until a cure is found.

"I hope it will mean that he will be all better for the rest of his life and won't have to deal with this anymore," Dylan told ABC.

More than 25,000 copies of "Chocolate Bar" have been sold in more than 60 countries.