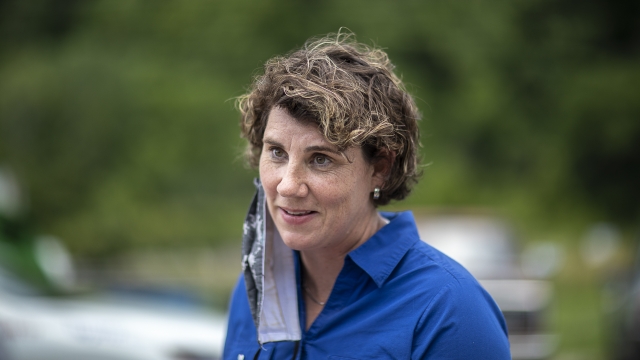 After waiting a week to count mail-in ballots, the results of the Kentucky primary are in.

In one of the most-watched contests in the country, Amy McGrath won the Democratic nomination for U.S. Senate. She narrowly beating Charles Booker, an African-American state legislator who surged in popularity amid the nationwide protests against racial injustice.

McGrath is a former combat pilot who made a name for herself when she ran for a House seat in 2018. Despite losing that election, she announced plans to run for U.S. Senate less than a year later. To make it to Capitol Hill, she'll need to beat Senate Majority Leader Mitch McConnell, who's been representing Kentucky in the upper chamber since 1985.

Kentucky has been a Republican stronghold in recent decades. In 2016, President Donald Trump won the state by 30 points. Still, McGrath tweeted Tuesday, "As a woman in the military, I learned quickly that I’d have to fight the establishment to succeed."