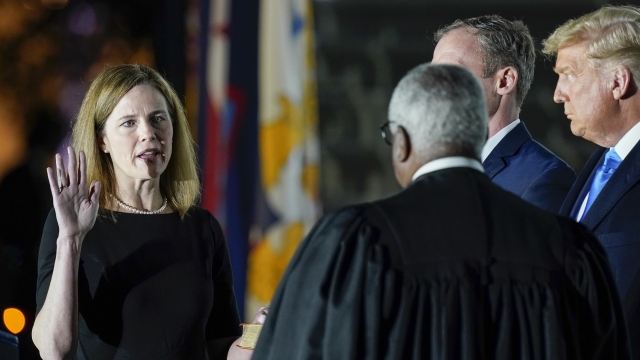 No Democrats voted to confirm, marking the first time in 151 years a justice was confirmed to the court without any support from the minority party.

Judge Amy Coney Barrett was confirmed by the Senate Monday night in a near party-line vote: 52 votes in favor, 48 against.

No Democrats voted to confirm her, marking the first time in 151 years a justice was confirmed to the court without any support from the minority party. It's also the closest confirmation ever to a presidential election.

Barrett was sworn in at the White House within hours, officially making her the Court's ninth justice.

Barrett's confirmation gives the court a solid conservative majority. It also opens the possibility of new rulings on a handful of key issues, including abortion rights, same-sex marriage and the Affordable Care Act.