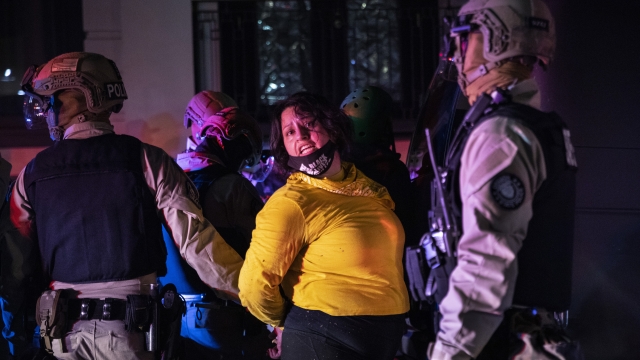 The governor of Oregon called in the National Guard to control violence in a pocket of the downtown Portland area.

Military vehicles and heavily armed officers were brought in.

Demonstrators said they were protesting issues including counting the vote and police brutality.

Protesters also gathered in New York last night demanding all votes in the election be counted.

They briefly shut down traffic in parts of Manhattan.

The NYPD said it made more than  50 arrests.

The department had been preparing for weeks for potential unrest.

The Justice Department says it can send armed officers to investigate potential irregularities at vote-counting centers. But some former officials are worried they'll interfere with the tally.

That's according to a report from The New York Times.

There's a law prohibiting armed officers at polling places on Election Day. But the DOJ said in an email to prosecutors the department could legally send officers after voting ends.