Americans Filing Taxes With Undocumented Spouses Cut Out Of Stimulus 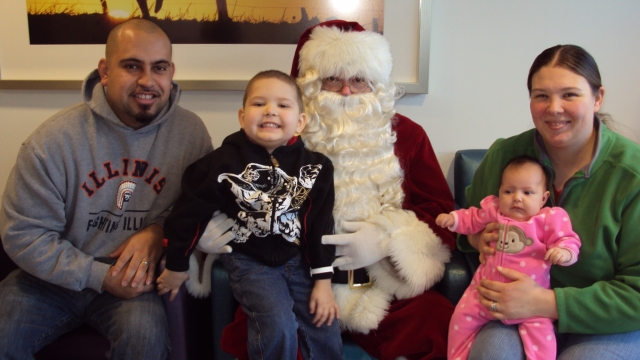 SMS
Americans Filing Taxes With Undocumented Spouses Cut Out Of Stimulus
By Ben Schamisso
By Ben Schamisso
April 28, 2020
The CARES Act excludes taxpaying immigrants who don't have a Social Security number and their American spouses if they file taxes jointly.
SHOW TRANSCRIPT

Whitney Martinez is one of the frontline workers America is so thankful for. She’s a nurse, treating COVID-19 patients in Champaign, Illinois. She's putting her own health, and that of her family, at risk every day.

But when Martinez signed onto the IRS website to try to get the stimulus money she thought she qualified for, she was in for a shock.

"Finding out, oh, no, you're not getting anything at all. Like, your kids aren't even getting anything. It's like a smack in the face. I feel like we were let down, not supported in the way that they kept talking about."

Nothing for Martinez, or her kids — all of them American citizens. The reason she was excluded? Because her husband is an undocumented immigrant. And because the couple filed their taxes jointly, no one in the family can get stimulus money — no matter what their individual status is.

"Why should myself and my children be excluded from this government benefit just due to the way my husband and I file our taxes?" 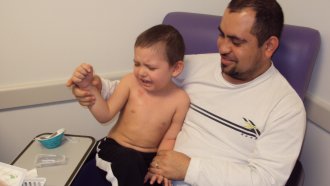 The exclusion appears in the 300-page stimulus law but not on the IRS website, causing frustration for mixed-status households.

House Democrats are trying to amend the stimulus law to include immigrants who file taxes without a Social Security number and their American spouses. But it's unlikely to clear the Republican-controlled Senate.

"We're spending a lot more money than we have right now in an economy whose recovery is certain, but the timeline is not. So I think we have to take care of American citizens first," said U.S. Sen. Kevin Cramer, a Republican.

As for Martinez, she has no choice but to continue to put her life on the line in the fight against COVID-19. Her husband lost his restaurant job — so she needs to keep earning money, with or without the government’s help.