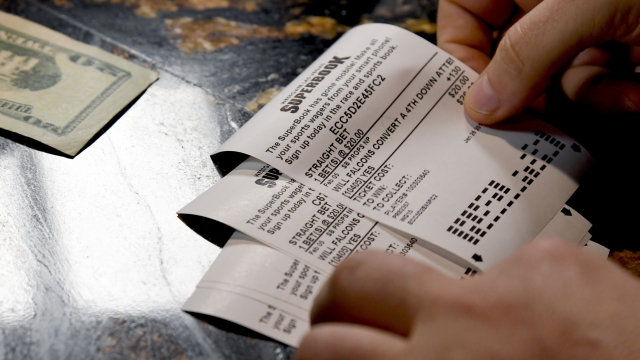 SMS
Americans Will Bet $6B On The Super Bowl, According To A New Survey

More than 22 million Americans are expected to bet $6 billion on this year's Super Bowl.

That's according to a new survey from the American Gaming Association.

If it sounds like a pretty high number, you're right. Last year, the Super Bowl betting figure was estimated to be $4.76 billion.

Not all of that money will be bet legally.

But experts say increased interest in gambling on this year's matchup might've been triggered by legalization of certain sports betting across the U.S.

In May, a Supreme Court ruling struck down a federal law that effectively banned sports gambling, leaving it up to states to decide whether to legalize it or not. Now, regulated sports betting is being offered in eight states, with more likely in the works.

Professional leagues are also getting in on the action.

The NHL, the NBA and the MLB have since struck a deal on sports betting partnerships with MGM Resorts.

Even if you aren't putting any money on this year's teams, the big game will probably still cost you a good amount.

According to the National Retail Foundation, the average person will spend $81.30 on Super Bowl Sunday, which is the second-highest spending amount recorded.