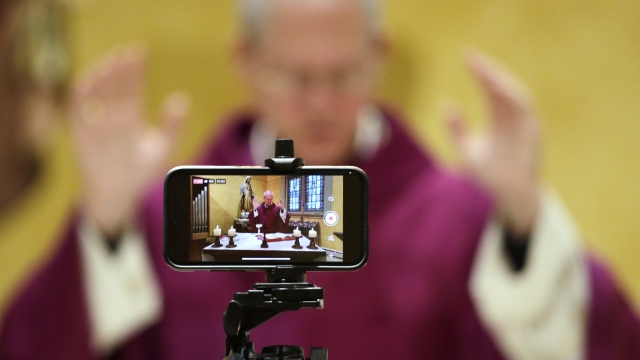 Vice President Mike Pence is asking Americans to avoid attending church services in person to limit the spread of the coronavirus.

"We really believe this is a time when people should avoid gatherings of more than 10 people. And so we continue to urge churches around America to heed to that," Pence told ABC's "Nightline."

Pence's plea falls in line with the federal government's social distancing guidelines, which are in place until at least the end of April.

Those guidelines plus stay-at-home orders put in place by state governors have led some churches across the country to hold online services for their congregations.

But those bans on public gatherings didn't stop hundreds of worshipers from flocking to two churches in Florida and Louisiana last week. Both churches argue they're providing essential services and should therefore be allowed to remain open. Local authorities arrested both pastors for refusing to comply with the shutdown orders.

The vice president, who is Catholic, says he and his wife have been viewing online church services at home.