Americans Seem To Be Pretty 'Meh' About The Olympics 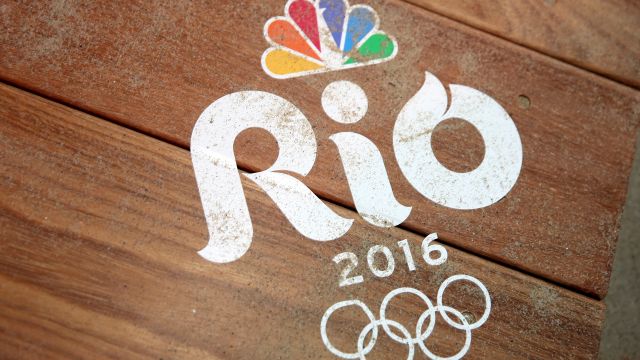 SMS
Americans Seem To Be Pretty 'Meh' About The Olympics
By Matt Moreno
By Matt Moreno
August 3, 2016
A new Gallup poll says only 48 percent of Americans plan to watch the 2016 Summer Olympics a "fair amount" or a "great deal."
SHOW TRANSCRIPT

It might be the largest sporting event in the world starring the best athletes around, but according to a new poll, many Americans don't really care.

A new Gallup poll says only 48 percent of Americans are planning to watch the 2016 Summer Olympics a "fair amount" or a "great deal." That's compared to 51 percent who will be watching little to none.

That's a drop from the 59 percent who said they'd be watching when asked the same question four years ago about the 2012 games.

In fact, this is the lowest percentage of interested Americans the poll has seen since Gallup first posed the question in 2000.

It's surprising, especially given how much press the event gets, but it's actually a part of a growing tend of people simply not watching the games.

For example, the 2014 Sochi Olympics were "the lowest-rated primetime Olympics in the adults 18-49 demographic ever," according to Deadline. The games brought in a dismal rating of 5.5 from the age group.

To put it into perspective, this past season's Super Bowl between the Carolina Panthers and Denver Broncos brought in a rating of 34.1 — more than six times better than the Sochi Olympics.

That means if the American audience is less interested now than it was before, NBC could take a hit in viewership this year.

But the network will likely try and reverse that trend, considering it paid $7.65 billion for exclusive rights to the Olympics up until 2032. That means, if viewership doesn't pan out, it's stuck with the games for quite a while.

This video includes clips from NBC Sports, BBC, Procter and Gamble and NFL and Getty Images.