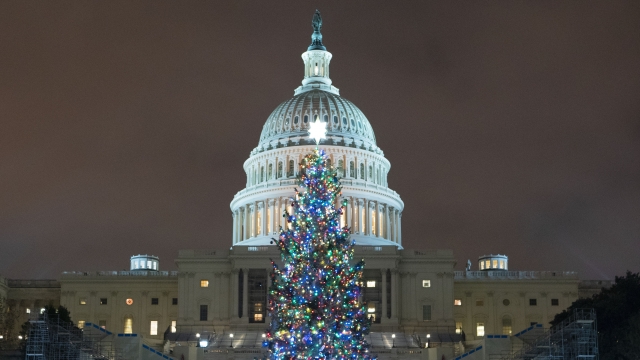 After months of negotiations and by a 92-6 Senate vote, Congress has officially passed another COVID relief package -- one that includes a $600 check for most Americans.

"None of us think any of this legislation is perfect, but a big, bipartisan majority of us recognize the incredible amount of good it will do when we send it on to the president’s desk. The American people have waited long enough," said Senate Majority Leader Mitch McConnell.

Monday night’s vote in the Senate was the final step for Congress to fund the government in 2021 and clear the over $900 billion aid package.

And nine months after the first relief checks were approved, most Americans will soon receive a one-time $600 payment, plus $600 per child.

“People are going to see this money the beginning of next week, so it’s very fast. It’s money that gets recirculated in the economy," said Treasury Secretary Steven Mnuchin. Mnuchin has said the money will be direct-deposited in many Americans accounts, much like the stimulus payments from the cares act back in March.

The relief package also includes 10 weeks of $300 per week in additional benefits for unemployed Americans, additional funds for the paycheck protection program, rental assistance funding and money for nationwide distribution of coronavirus vaccines.

The over 5,500-page bill is one of the longest to ever pass Congress, and lawmakers had just hours to read it Monday before it came up for a vote.

President-elect Joe Biden said he wants to pass another comprehensive COVID relief bill when he takes office in less than a month.

And with business complete, lawmakers are skipping town, heading home until Jan. 3 -- swearing-in day for members of the next Congress.