Americans Are Still Paying Up For Slower Internet 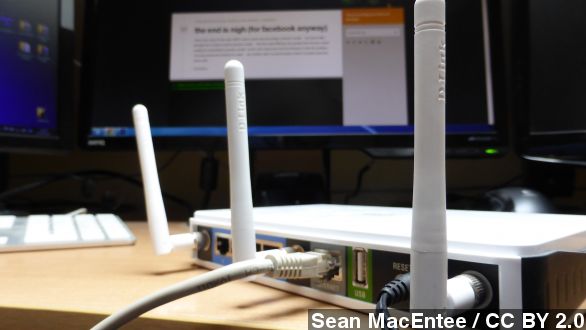 SMS
Americans Are Still Paying Up For Slower Internet
By Evan Thomas
By Evan Thomas
November 1, 2014
The latest round of broadband rankings shows what locally-run broadband is capable of. So why aren’t there more examples?
SHOW TRANSCRIPT

The Open Technology Institute has compiled a sweeping study on the state of broadband Internet.

Its ranking of leading high-speed cities shows broadband speeds have for the most part increased since 2012.

“However, those speed increases have not resulted in dramatic shifts in the ranking of U.S. offerings compared to those in other countries.”

One exception is municipal fiber networks, like Google’s Fiber service in Kansas City, which can offer speeds and prices on par with the leading cities in the Institute’s ranking.

But as Vox points out, “there's a catch. The American cities that are delivering best-in-the-world speeds at bargain prices are precisely the cities that aren't relying on Verizon, AT&T, Comcast, Time-Warner, etc. to run their infrastructure.”

It’s an open secret that the ISP industry would rather these municipal initiatives just disappear and stop threatening to compete.

Ars Technica points to a Kansas example, where lobbyists from the likes of Comcast and Time Warner have tried to legislate municipal networks into illegality.

It’s been an oft-repeated point of frustration in recent months: there are more place where such networks are ready to turn on — everything’s installed and ready to go — but the big ISPs have successfully lobbied to make them illegal to use.

The FCC is at least aware of the situation: earlier this year Chairman Tom Wheeler wrote:

“I believe that it is in the best interests of consumers and competition that the FCC exercises its power to preempt state laws that ban or restrict competition from community broadband. Given the opportunity, we will do so.”

You can see for yourself how municipal broadband stacks up — as well as the state of the rest of the broadband industry — on the Open Technology Institute’s website.