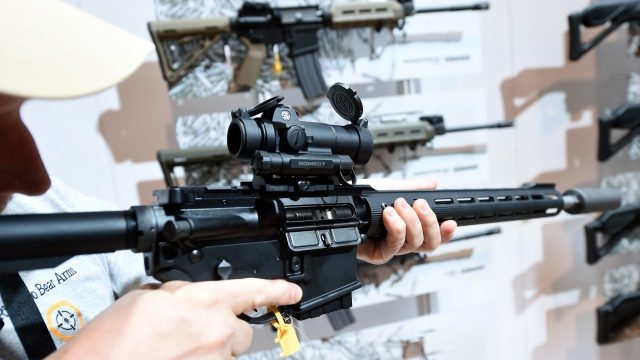 The American Medical Association is calling on Congress to lift the law on gun violence research that's prohibited the Centers for Disease Control and Prevention from recommending a public health response.

In a press release following the Orlando shooting, the AMA said the U.S. is facing a public health crisis because approximately 30,000 Americans die each year by the barrel of a gun. That's a lot.

In fact, The New York Times noted that five of the world's 15 deadliest mass shootings in the past 50 years happened in the U.S. No other country is on that list more than once.

The AMA explained, "Even as America faces a crisis unrivaled in any other developed country, the Congress prohibits the CDC from conducting the very research that would help us understand the problems associated with gun violence and determine how to reduce the high rate of firearm-related deaths and injuries."

To be clear, there isn't necessarily a ban on research. But the relationship between Congress and the CDC makes it tricky.

The CDC sponsored public health research on gun violence from the mid-1980s into the early 1990s. In 1993, CDC-funded research published by Arthur Kellermann concluded that instead of protecting people, guns kept in the home are associated with an increased risk of homicide by a family member or intimate acquaintance.

The NRA didn't like that and campaigned to change it. In 1996, Congress added language to the omnibus Consolidated Appropriations Bill that said "none of the funds made available for injury prevention and control at the Centers for Disease Control and Prevention may be used to advocate or promote gun control."

Kellermann, the man behind the 1993 study, wrote in a 2012 article in the Journal of the American Medical Association: "Precisely what was or was not permitted under the clause was unclear. But no federal employee was willing to risk his or her career or the agency's funding to find out. Extramural support for firearm injury prevention research quickly dried up."

The AMA said it will actively lobby Congress and supports policies that call for waiting periods and background checks before purchasing firearms.