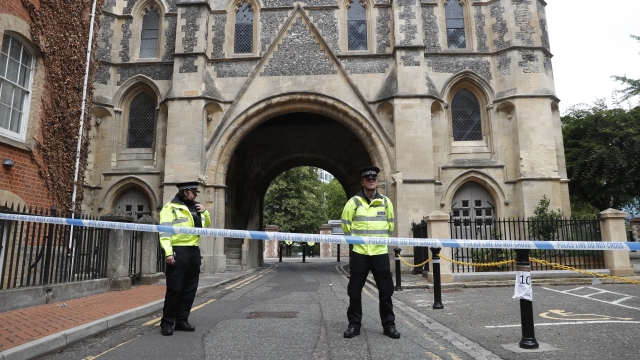 SMS
American Man Named As A Victim In U.K. Stabbing Attack
By Katherine Biek
By Katherine Biek
June 22, 2020
Authorities are continuing to question a 25-year-old suspect, who was arrested under the U.K. Terrorism Act.
SHOW TRANSCRIPT

People in the English town of Reading held two minutes of silence Monday for three people who were fatally stabbed in a terror attack over the weekend.

Authorities are continuing to question a 25-year-old man, who was arrested under the U.K. Terrorism Act. Although police have not released his name, local reports say the suspect is originally from Libya and had been on the radar of British intelligence agencies before Saturday's stabbing attack.

Police say the suspect entered a park near the town's square Saturday evening, and started attacked people with a knife, ultimately killing three and injuring three others.

British Prime Minister Boris Johnson: "I'm appalled and sickened that people should lose their lives in this way. And our thoughts are very much with the families and friends of the other victims."

Woody Johnson, the U.S. ambassador to the U.K., confirmed that one of the victims who died was an American citizen. Joe-Bennett Ritchie's family confirmed to CBS News that he'd been living in Britain for 15 years.

Another one of the victims was James Furlong, a civics teacher who worked in nearby Wokingham.