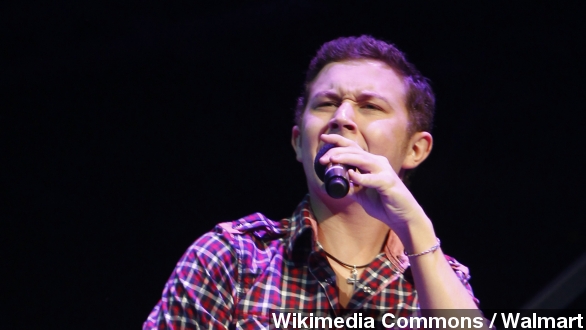 "The singer was held up by three gunmen after they broke into a friend's apartment near North Carolina State University. That's where McCreery attends school currently." (Via Fox News)

Fortunately, no one was injured. But the 20-year-old country star said in a Facebook post that it was "definitely a scary night." (Via Fox / "American Idol")

"Luckily, my friends and I are safe and the Raleigh PD is on the case. I will share more when the time is right, but as of now we do not want to do or say anything that could hinder the investigation. Thanks to everyone for the prayers and support." (Via Facebook / Scotty McCreery)

You can hear that fear in this newly released 911 call McCreery's friend made Monday.

"Yeah, we got robbed. They were just like, get down everybody on the floor, give us everything you've got. I think they were pretty much face down on the floor, guns to the back of their heads." (Via WTVD)​​

And neighbors told WRAL they heard the terrifying robbery as it was happening.

"Then we heard like screaming and like saying, 'You need to get out of here, you need to leave right now, you don't belong here.'"

Investigators say they are now working on putting together descriptions of the three suspects so they can track them down. Police are asking anyone with information on the robbery to call them immediately.