US GDP Growth Slowed Late Last Year, But It's Not All Bad 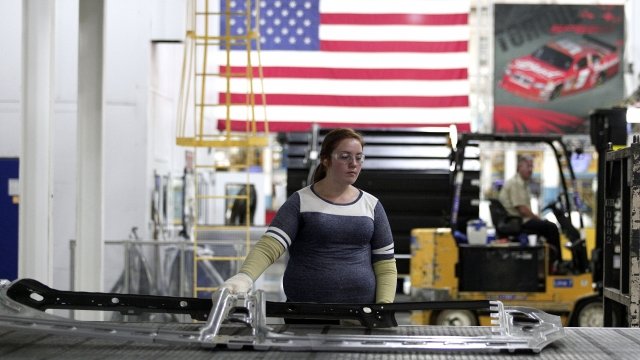 SMS
US GDP Growth Slowed Late Last Year, But It's Not All Bad
By Briana Koeneman
By Briana Koeneman
January 26, 2018
The U.S. economy showed steady growth throughout the past year. But the final quarter of 2017 fell short of what experts had predicted.
SHOW TRANSCRIPT

The U.S. economy showed steady growth throughout the past year. But the final quarter of 2017 fell short of what experts predicted.

According to the Commerce Department, the nation's gross domestic product — which is the value of all goods and services produced in the U.S. — rose at an annual rate of 2.6 percent late last year.

That number is notably lower than the previous two quarters, which came in at 3.1 percent and 3.2 percent.

Economists initially anticipated a 3 percent increase for the fourth quarter. 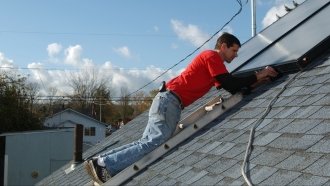 Trump's Tariffs On Imported Solar Panels Could Hurt The US Economy

Even though the GDP didn't increase as much as expected, the U.S. economy seems to be doing pretty well.

The New York Times notes, "Combined with a sinking jobless rate, a surging stock market and a sunny outlook, the estimated overall 2.3 percent rise in the nation's output last year is a sign of the American economy's continuing resilience."

And President Donald Trump pointed to that accomplishment during his Friday speech at the World Economic Forum in Switzerland.

"The world is witnessing the resurgence of a strong and prosperous America," Trump said. "I'm here to deliver a simple message: There has never been a better time to hire, to build, to invest and to grow in the United States."