Flag Fashions Sizzle On 4th, But Your Old Glory Apparel May Be Illegal 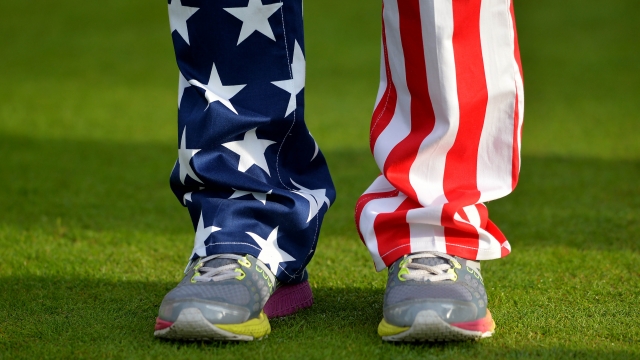 SMS
Flag Fashions Sizzle On 4th, But Your Old Glory Apparel May Be Illegal
By Peter Hecht
By Peter Hecht
July 4, 2019
The U.S. Code for respect for the flag says "the flag should never be used as wearing apparel" or for advertising purposes.
SHOW TRANSCRIPT

Every 4th of July, the American flag is unfurled and waved proudly.

And it's also worn as a fashionable item of clothing.

But here's something to ponder during Independence Day festivities. According to a United States code for respect for the flag, we're not actually allowed to wear the stars and stripes.

So where's the flag patrol? Not to worry, says Marc Leepson, author of "Flag: An American Biography."

He says, "You're going to have to have to look at it as a series of guidelines. There's no flag police. No one's going to get arrested."

That may be good news for Nike, which got in hot water recently over its shoes featuring an early American flag design by Betsy Ross.

Colin Kaepernick, who famously kneeled during the national anthem to protest police brutality, informed Nike the flag was a slave-era symbol that's been co-opted by white supremacist groups. Nike pulled the shoes, but then faced a backlash from conservatives.