The American Burger Of The Future Might Be Made With Mushrooms 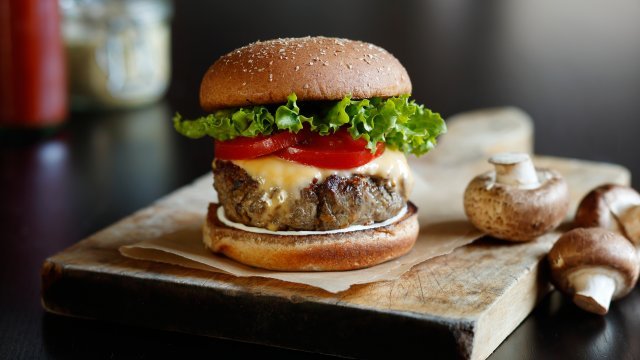 SMS
The American Burger Of The Future Might Be Made With Mushrooms
By Tyler Adkisson
By Tyler Adkisson
March 8, 2018
Corporate cafeterias, fast food restaurants and some schools have looked to mushroom-infused beef as a healthier, cheaper option to standard beef.
SHOW TRANSCRIPT

When it comes to classic American meals, the all-beef burger has been a cornerstone for decades. But as consumer tastes change and people look for healthier burgers, cooks are responding by giving beef a fungi face lift.

American burger eaters don't like vegetable-based patties because they usually don't have the taste or texture of the real thing. Fast-food companies like McDonald's have tried to add veggie and health-conscious burger options — like the McVeggie — but they never did well enough with consumers to stay on menus.

But public perception of veggie-infused burgers has changed in the past few years thanks to mushrooms. Those are a longstanding culinary companion to beef: The two have similar textures, and mushrooms have enough umami to give beef extra flavor. 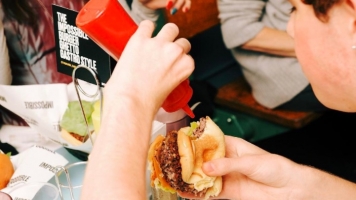 This Burger Is Eco-Friendly — But With The Taste You Know

Some consumers also seem to enjoy the taste of hybrid burgers as much as the real thing. In one study, researchers gave adults eight different samples with different levels of meat and mushrooms, as well as pure beef. Most respondents said their favorite sample was equal parts mushroom and beef.

Fast-food companies are willing to put these mushroom hybrid burgers on their menus. Sonic Drive-In's blended burger did so well in test markets, the chain rolled it out to other locations.

The blend might also please environmentalists. Americans eat about 10 billion burgers each year. But researchers say if we replace 30 percent of the beef with mushrooms, it would have the same effect on greenhouse gases as taking 2.3 million cars off the road.