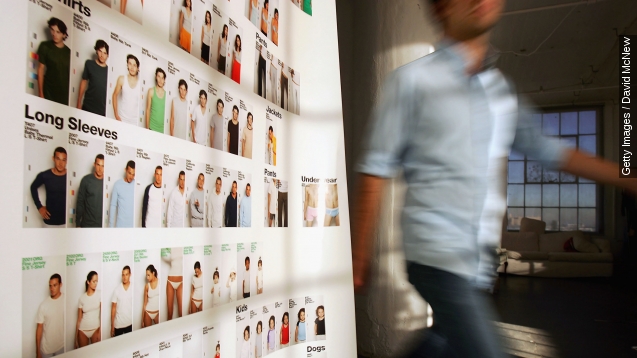 American Apparel announced Monday it plans to save $30 million over the next year and a half by cutting staff and closing underperforming locations.

The company's struggles began after it hit its highest stock peak in 2007. Since then, its performance has been less than pleasing for investors.

In a press release, the company also said, "There can be no guarantee that the Company will have sufficient financing commitments to meet funding requirements for the next twelve months."

But those profit issues are really just the icing on the cake for the company’s recently appointed CEO, Paula Schneider.

Not only does she have to deal with a lack of revenue, she has to navigate the company through 20 or so lawsuits — at least one of them initiated by the company's former CEO Dov Charney. (Video via CNN)

Most recently, Charney filed a $30 million defamation suit against the company and a former board member. Charney claims he was disparaged and therefore lost the votes necessary to get his job back as head of the company. But he’s still not giving up getting the role back.

"I've had a minute — being on the outside — to re-strategize how I want to take control of the company again and I intend to," Charney told ABC.

Meanwhile, the company decided to stop their overly sexualized marketing strategy and try something new to hopefully drum up sales.

American Apparel announced it's creating an all-new fall merchandise line. Schneider pointed out how out the ordinary this is for the company, seeing as how the season has not been a "major focus" in the past. (Video via American Apparel)

But just maybe American Apparel is focusing on the wrong thing. Instead of fall fashion, why not exercise fashion?

Investor’s Business Daily called out six major clothing production companies that have high rated stocks: Under Armour, Nike, Columbia Sportswear, Hanesbrands — which owns Champion — Carter’s and G-III Apparel — which has licenses with the NFL, NBA, MLB and the NHL. You seeing the trend here?

We’re still not sure how many of American Apparel’s 10,000 employees will be losing their jobs, but the company has said it plans to keep the “overwhelming majority” of its workforce.