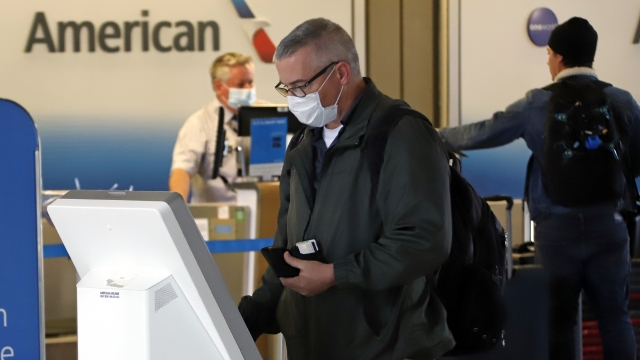 SMS
American Airlines To Cut 30% Of Management, Support Staff
By Ahmed Jawadi
By Ahmed Jawadi
May 28, 2020
​The company told employees on Wednesday the move was necessary due to it becoming "a smaller airline."
SHOW TRANSCRIPT

American Airlines is planning to cut its management and support staff by 30% due to the coronavirus' impact on its business.

The company made the announcement in a memo to employees on Wednesday, saying the move was necessary due to it becoming "a smaller airline." American also said it will offer affected staff members buyouts and that nearly 39,000 employees have already agreed to take voluntary leave or early retirement. But it warned that if not enough people take the buyout by June 10, it will be forced to begin laying off staff.

Because American accepted government funding through the CARES Act, it won't be allowed to furlough workers or cut salaries through the end of September. Those who are laid off will not receive severance.

Earlier this month, United Airlines also announced it's looking to reduce its management by at least 30% this fall.