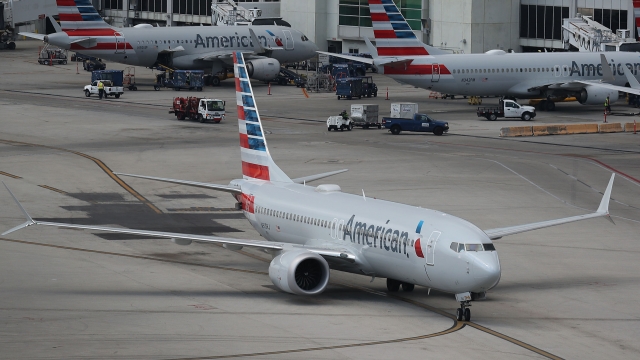 SMS
American Airlines Suspends Boeing 737 Max Flights Until June
By Gage Jackson
By Gage Jackson
January 16, 2020
The 737 MAX was grounded worldwide last year following two crashes, and it's still not clear when it will get approval to fly again.
SHOW TRANSCRIPT

On Tuesday, American Airlines announced it will continue to suspend the Boeing 737 Max jets from flight schedules until June 3. American estimates it will have to cancel about 140 flights a day until then. 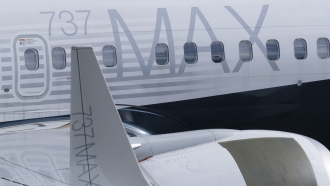 Trump Grounds All Boeing 737 MAX Planes In The US

The latest version of Boeing's bestselling jet has been grounded worldwide since March after two crashes killed 346 people over a span of just five months.

Internal messages released by the company seemed to show employees were concerned about the 737 Max for years. They mocked the FAA and admitted to covering up issues. Some even said they would not want their family members to fly in the Max. 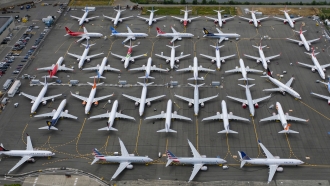 Beoing CEO Dennis Muilenburg resigned in late December. The company said that was "necessary to restore confidence in the company moving forward."

Shortly afterward, American reached a deal that would see Boeing compensate the airline for financial damages due to the Max's grounding. While the terms of the agreement are confidential, American CEO Doug Parker said more than $30 million could be distributed to employees through the company's profit-sharing program.

It has become increasingly unclear when, or if, the 737 Max will return to the skies. Boeing continues to face scrutiny from the FAA and international regulators.

Correction: An earlier version of this video incorrectly identified the agency Boeing employees mocked. The video has been updated.