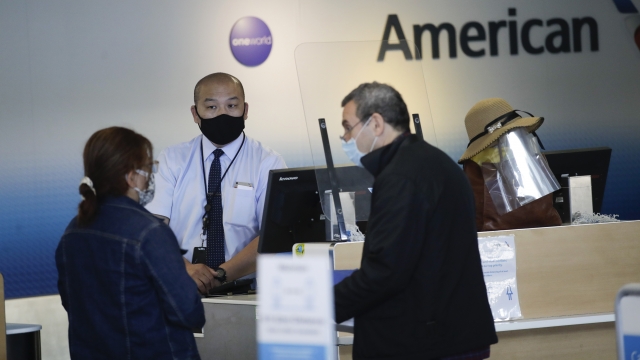 American Airlines is laying off thousands of workers as air travel continues to suffer during the pandemic.

The company's CEO said Tuesday it will furlough more than 19,000 employees in October. More than 23,000 employees accepted buyouts, early-retirement packages, or took long-term leave. But that wasn't enough to avoid layoffs. In all, American will cut 40,000 jobs.

Flight attendants are taking the biggest hit at more than 8,000, followed by pilots at around 1,600.

The $25 billion American received in federal stimulus money runs out at the end of September. Executives from the airline said the only way it could get through the next six months without layoffs is to get another $25 billion.