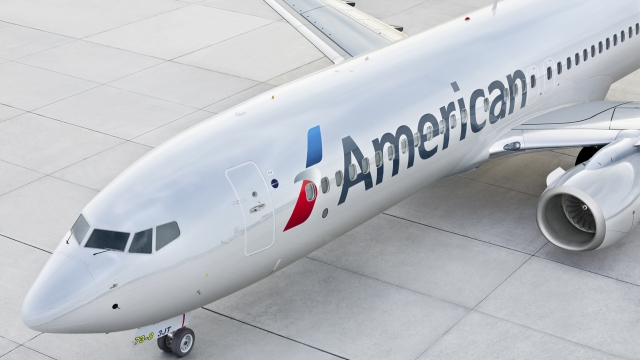 SMS
American Airlines Says It Will Seek $12B In Government Aid
By Katherine Biek
By Katherine Biek
March 31, 2020
Airline executives said the government assistance "will allow us to fly through even the worst of potential future scenarios."
SHOW TRANSCRIPT

American Airlines told its employees it plans to ask the federal government for $12 billion in financial aid.

That request would come out of a historic $2.2 trillion coronavirus stimulus package passed by Congress last week, which will provide $50 billion in grants and loans to passenger airlines and $8 billion for cargo air carriers.

American Airlines executives told employees Monday that the government assistance "will allow us to fly through even the worst of potential future scenarios."

If the company receives the funding, American won't be allowed to furlough their workers or cut their salaries through the end of September.

The coronavirus pandemic has forced many major carriers, including American, to make drastic cuts to their flight schedules. American said it'll cut domestic flying in April by as much as 70% and international flying during that same period by 80% to 90%.

The International Air Transport Association estimates the outbreak will cost the airline industry more than $250 billion in lost revenue this year.