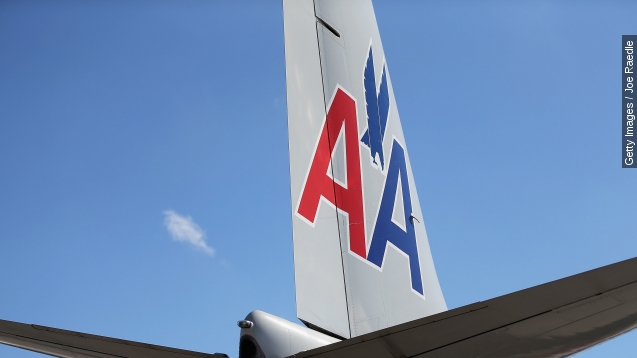 SMS
American Airlines Pilot Michael Johnston Dies Mid-Flight
By Ryan Biek
By Ryan Biek
October 6, 2015
The 57-year-old pilot died from a heart attack during a flight from Phoenix to Boston. The co-pilot was able to land the plane safely.
SHOW TRANSCRIPT

An American Airlines flight from Phoenix to Boston had to make an emergency landing in Syracuse Monday morning after one of its pilots died on board from a heart attack.

Captain Michael Johnston's wife says he had a double bypass surgery nine years ago but was recently feeling healthy. (Video via WBZ-TV)

"As far as we knew, in perfect health. When he left yesterday he seemed perfectly fine. ... He said he'd spent the last week, couple weeks, working on losing weight and had lost about 10 pounds and said, 'I feel better than I've felt in a long time," Johnston's wife told KUTV.

Many expressed gratitude to the co-pilot who calmly took over and successfully landed the plane carrying 147 passengers.

"I think whatever happened in that cockpit none of us will know, but that co-pilot did a great job," a passenger told WBZ.

"This is absolutely the reason that we have two fully qualified pilots in the cockpit, either one of them trained to the same standard," an aviation analyst told ABC.

Medics tried but were unable to revive Johnston when the plane landed in Syracuse.

Passengers knew their pilot wasn't feeling well but were only made aware that he had died hours later, once they were on a new flight with a new crew.

An American Airlines spokeswoman said the company is now focused on caring for Johnston's family.