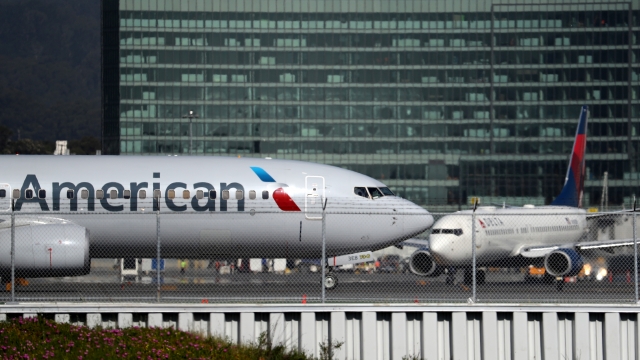 On Sunday, American Airlines announced it would extend its cancellation of all flights involving the recently grounded Boeing 737 MAX.

After the Boeing 737 MAX flights were suspended worldwide in March, American Airlines said it would cancel all flights involving the plane until August. The delay has now been pushed back to September.

In a statement, American said Boeing is still working on software upgrades and training elements, and is confident the plane will be recertified soon.

The Boeing 737 MAX planes were grounded indefinitely after the deadly Ethiopian Airlines and Lion Air plane crashes that killed a total of 346 people. Both crashes are thought to be linked to a malfunction in an automated safety feature.

United Airlines and Southwest Airlines have both extended their own flight cancellations involving the 737 MAX until August.

There isn't a timetable to lift the grounding of the Boeing aircraft.

Correction: A previous version of this story incorrectly said the delay was pushed back due to Boeing's lack of progress in making necessary changes. American Airlines says it's confident that coming Boeing 737 MAX software updates will lead to the aircraft's recertification.