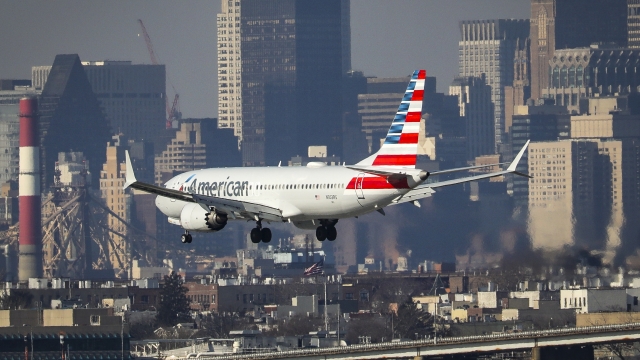 American has 24 737 Max planes in its fleet. Those planes, and all other 737 Max aircraft operated by U.S. airlines, were grounded indefinitely back in March after two fatal crashes involving Boeing 737 Max 8s.

American previously said it would cancel 140 flights each day through March 4 to account for the temporary loss of part of its fleet. But on Thursday the airline said those cancellations would now extend through at least April 6.

Boeing's been working on a software update for its 737 Max aircraft, and it hopes to get the grounded planes back in the air in the U.S. next month.

But U.S. officials told Reuters it could take the FAA until February or March to give its approval.