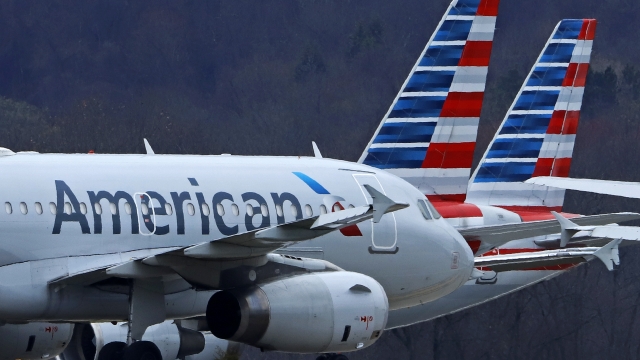 SMS
American Airlines Cuts Flights To NYC Area From 271 To 13 A Day
By Antoinette Miller
By Antoinette Miller
April 7, 2020
As of Thursday, American will only service 13 daily flights to the New York area's LaGuardia, JFK and Newark airports until May 6.
SHOW TRANSCRIPT

American Airlines is the latest airline to suspend most of its flights to and from the New York City area as travel demand to the nation's pandemic epicenter dramatically slows down.

The company announced that as of Thursday, it would only be servicing 13 daily flights to the New York City area's LaGuardia, JFK and Newark airports until May 6. That's a sharp decline compared to its usual average of 271 flights a day to that area.

Over the weekend, American Airlines' busiest flight to New York only had 27 passengers. Other airlines, like United, Spirit and Jet Blue, have also cut the number of flights to the New York metro area.

American Airlines said it will operate its reduced flights from 10 a.m. to 6 p.m. ET, so crew members won't have to stay at the airports overnight.

CORRECTION: A previous version of this story misstated the Newark airport's location. This version has been updated.