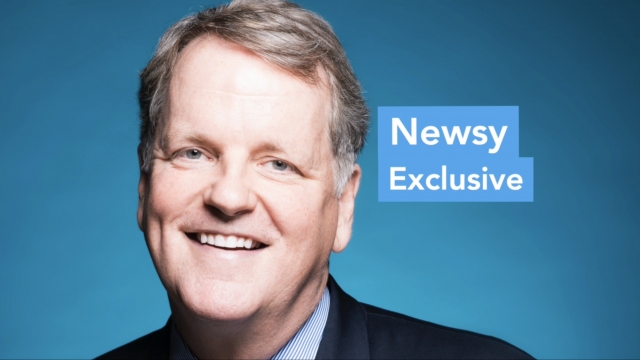 Even as case counts of the coronavirus spike in most the United States, American and United Airlines are among those now filling planes. But both airlines argue doing so doesn't diminish the safety of flying. And in audio Newsy exclusively reports, American Airlines CEO Doug Parker told employees: "Social distancing is not something we can provide very well as an airline. No airline can."

But mask-wearing can dramatically reduce the reach of cough droplets, and blocking certain seats keeps people out of reach of those droplets if passengers are wearing the right masks.

Months into this pandemic, there's no national protocol for safe air travel. That's angered airline workers for months, and a watchdog wants change.

Parker told employees: "What we do instead is everything that the CDC recommends you do when you can't social distance. You wear a mask, you wear facial coverings, you make sure everything is cleaned."

American Airlines, as with every major U.S. airline, is thoroughly cleaning planes between flights, more than ever before, one of a host of procedures intended to stem the spread of the virus. And American set the standard for enforcement of mask policy, banning a passenger who refused to wear one well before other airlines were willing to do so.

But when it comes to filling flights, it's an outlier among the nation's biggest carriers, only accompanied by United Airlines and low-cost airlines.

The planes fill up as demand for air travel starts a slow comeback. The TSA is now regularly screening more passengers than at any time since the start of the pandemic, and experts anticipate travel will pick up over the holiday weekend before a possible slump thereafter.

From check-in to post-arrival, almost everything about air travel has changed. This is what you'll likely experience next time you fly.

American Airlines' pilots union told Newsy it was not given a forewarning about full flights before the airline tucked it away near the bottom of a news release Friday.

It wants uniform social distancing across the industry, proposing a plan in which the government would buy enough seats on every flight "to eliminate the need for any passenger to sit next to a stranger,” the head of the union, Capt. Eric Ferguson, said.

But American Airlines is forgoing that idea, arguing it doesn't have the space to offer "true social distancing as defined by 6 feet of distance," Parker said in the audio Newsy obtained. "We can't provide that and fly airplanes."

American Airlines is, by several popular measures, the world's biggest. And it operates massive operations in Florida, Texas, Arizona and North Carolina — all states with huge spikes in cases of the coronavirus.