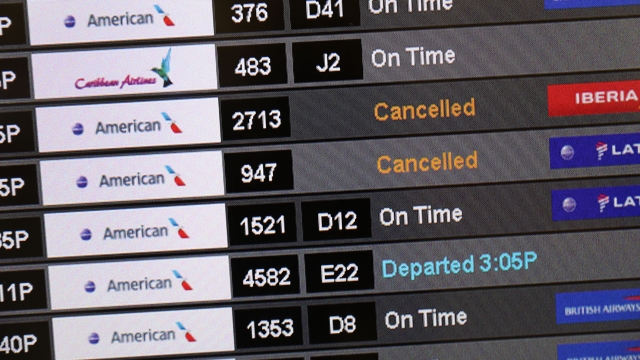 In response to the grounding of Boeing's 737 MAX aircraft after multiple fatal crashes, American Airlines is canceling more flights than it initially thought.

The company says it's extending cancellations from early June, as originally planned, to Aug. 19. That's reportedly meant to help it prepare for what will most likely be a hectic summer travel schedule. American is following the example of Southwest Airlines, which similarly pushed back cancellations from June to August.

A total of 1.5% of American Airline's daily flights will be canceled until mid-August, which amounts to 115 flights a day. According to Boeing's CEO, the plane maker is getting closer to a fix for the software that's been linked to the crashes.