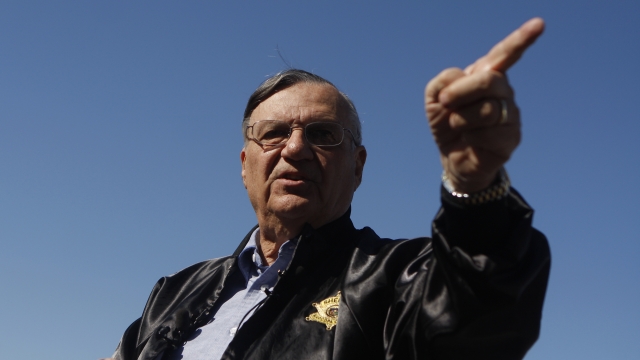 One of the country's most controversial law enforcement officials is now facing prison time of his own.

Joe Arpaio, the sheriff of Maricopa County, Arizona, will be charged with contempt of court for ignoring a federal judge's orders.

SEE MORE: Inmates Across The Country Are Striking Against 'Prison Slavery'

Prosecutors said Arpaio conducted "immigration patrols" that specifically targeted Hispanics. Even after a judge told him to stop, the patrols reportedly continued for over a year.

Arpaio became a divisive figure across the country for his approach to incarceration, leaving inmates outside in the Arizona sun and scaling back practically every amenity possible.

The sheriff often touts how much money he saves taxpayers with his unconventional methods, but this investigation has already cost $48 million, and it's far from over.

Prosecutors are also mulling whether to charge Arpaio with obstruction of justice — a crime that could land him in jail for more than three years and prevent him from holding public office.

The contempt case could carry a six-month prison sentence. Arpaio's lawyer said he plans to plead not guilty and take his chances with a jury. It's probably fortunate for him that most felons can't be on it.