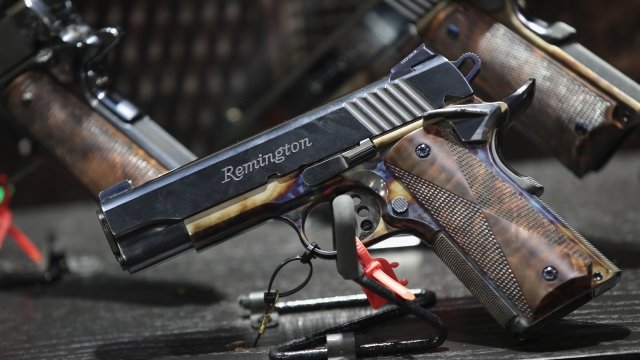 SMS
America's Oldest Gunmaker Plans To File For Bankruptcy Protection
By Katherine Biek
By Katherine Biek
February 13, 2018
Remington said it has a restructuring plan that will reduce its debt by $700 million.
SHOW TRANSCRIPT

The gunmaker announced the decision Monday. The filing will allow Remington to stay in business while it pays back creditors. Remington says the restructuring plan will reduce its debt by $700 million.

The company has been around for more than two centuries. It received its first firearms contract to manufacture 5,000 rifles for the U.S. military in 1845.

Remington faced intense scrutiny and legal trouble after it was revealed a gunman used one of its rifles to kill 20 schoolchildren and six adults at Sandy Hook Elementary School in 2012.

And sales for the company dropped almost 28 percent through three quarters of 2017.

Remington expects business operations to continue as normal during the restructuring. It reportedly employs about 3,500 people.