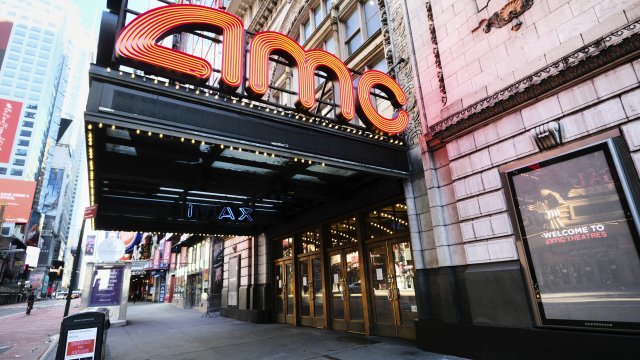 AMC Theatres plans to open its venues across the country just in time for some potential summer blockbusters to hit the big screen.

AMC has more than 600 theaters in the U.S. — all of which have been closed since March over the coronavirus.

The company says it'll begin its phased reopening plan next month. It expects to open 450 of its locations on July 15, and the rest will resume operations about a week later.

This means the world's largest movie theater chain will be up and running in the U.S. in time for two major summer films: Disney's live-action "Mulan," which is getting released on July 24, and Christopher Nolan's "Tenet," which will hit theaters on July 31.

AMC told Variety that its theater seating capacity will initially be limited to just 30% and will slowly increase over time. It hopes to fill its theaters fully by Thanksgiving.

As for face masks, AMC's CEO told CNN that he and all other employees will be wearing one when they return. Employees will also have their temperatures regularly screened. And the company reversed its decision to make masks optional for guests. AMC said in a statement that public reaction to the initial announcement showed the company "did not go far enough" with its first approach.