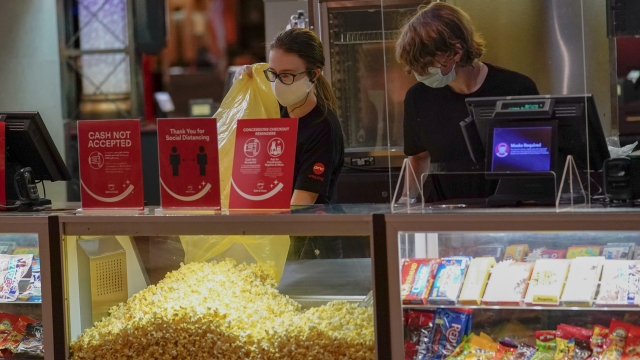 Movie theater chain AMC is reopening 140 more theaters Friday, which means it will have reopened about 70% of its U.S. locations. The company's stocks traded more than 9% higher on the news.

After closing due to the pandemic in March, AMC pushed back its reopening several times and has since reported billions in losses.

Last month, the theater chain announced it would start by reopening 100 theaters to mark its 100th anniversary. It's implementing new guidelines like mask-wearing, lowered capacity and upgraded ventilation systems.

AMC first reopened in a number of other countries but stayed closed in the U.S. between March and August.