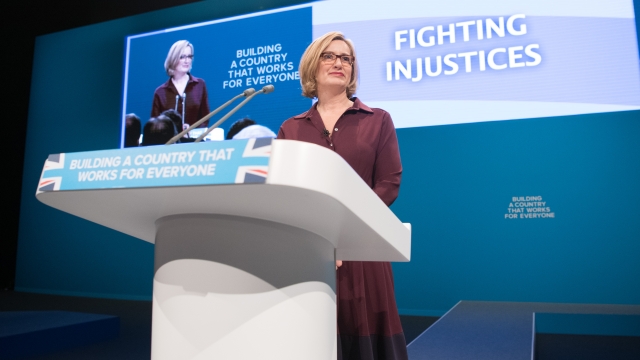 Amber Rudd, a member of British Prime Minister Boris Johnson's cabinet, has resigned because she says she doesn't think Johnson is sincerely trying to negotiate a Brexit deal.

Rudd was the Secretary of State for Work and Pensions, as well as the Minister for Women and Equalities.

Rudd told the Guardian that she supports a no-deal Brexit if a deal can't be reached, but she is leaving her post because she hasn't "seen enough work going into actually trying to get a deal."

In a letter to the prime minister, she also called him out for an incident last week where he fired 21 Conservative Parliament members who voted in opposition to him.

The chairman of the Hastings and Rye Conservative party said while Rudd is "a particularly compassionate person," Johnson was right to "play hardball."

Rudd's successor in the Department for Work and Pensions thanked her on Twitter and said she'd be "a hard act to follow."