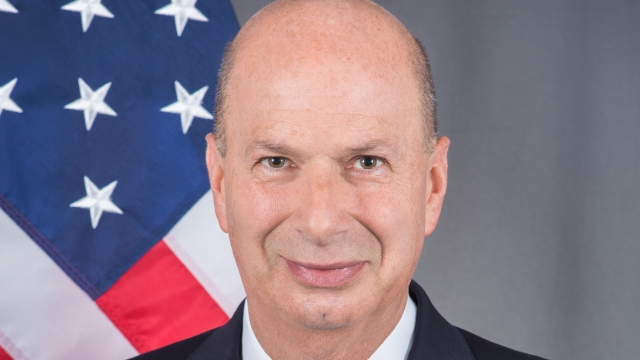 SMS
Ambassador Sondland To Testify Before House Committees
By Meg Hilling
By Meg Hilling
October 11, 2019
This announcement is a surprising move, as it breaks from the pattern of current staffers not showing up to testify.
SHOW TRANSCRIPT

U.S. Ambassador to the European Union, Gordon Sondland will testify in President Trump’s impeachment inquiry, despite being ordered not to by the State Department.

The announcement came from his lawyers Friday told reporters, “Notwithstanding the State Department’s current direction to not testify, Ambassador Sondland will honor the Committee's subpoena, and he looks forward to testifying on Thursday.”

Earlier this week Sondland did not show up at his scheduled transcribed interview before the U.S. House of Representatives Committee as ordered by the State Department. The chairmen of three house committees then issued a subpoena for him.

Sondland is considered a key witness in Democrats’ impeachment inquiry against President Trump. He was mentioned in the whistleblower complaint and along with other officials became entangled in the Ukraine controversy after text messages showed they had pressured Ukraine to investigate President Trump’s political opponents.

The White House has formally refused to cooperate with the impeachment inquiry. This announcement is a surprising move, as it breaks from the pattern of current staffers not showing up to testify, while ex-staffers have been more forthcoming.