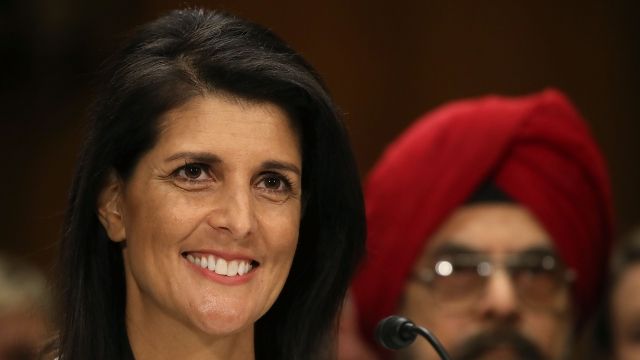 Before presenting her credentials to the United Nations secretary-general Friday, new U.S. ambassador to the U.N. Nikki Haley put some of our allies on notice.

"For those who don't have our back, we're taking names — we will make points to respond to that accordingly," Haley said.

During her informal remarks Friday, Haley seemed eager to make some changes. 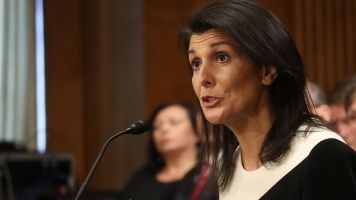 President Trump has been critical of the Obama administration's U.N. policy — especially its recent decision to abstain rather than vote no on condemning Israel's settlements in the West Bank.

Haley said Friday, "The way that we'll show value is to show our strength, show our voice, have the backs of our allies and make sure that our allies have our back, as well."

One way the U.S. could show its strength and support for its allies is apparently significantly slashing its funding to various United Nations agencies.

According to The New York Times, the Trump administration is considering an executive order on funding international organizations. Among other things, it would cut funding for U.N. agencies that "give full membership to the Palestinian Authority or Palestine Liberation Organization."

Another executive order under consideration reportedly calls for "'at least a 40 percent overall decrease' in remaining United States funding toward international organizations," the paper reports.