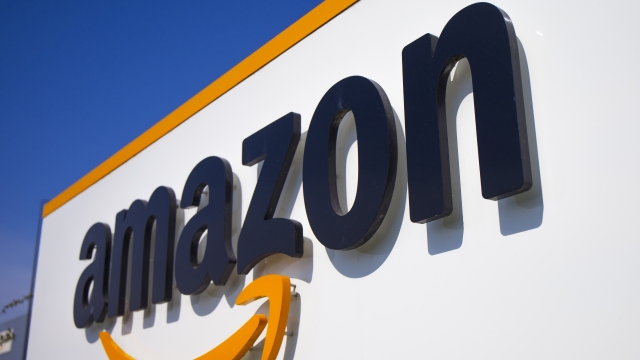 SMS
Amazon Workers To Protest For COVID-19 Protections
By Meg Hilling
By Meg Hilling
April 21, 2020
More than 300 workers across 50 facilities have signed up to take part in the multi-day protests.
SHOW TRANSCRIPT

Hundreds of Amazon warehouse workers plan to call in sick this week in order to pressure the company to meet their demands for greater COVID-19 protections.

According to CNBC, more than 300 workers across 50 facilities have signed up to take part in the multi-day protest starting Tuesday. The outlet reports that the length of the protest is designed to accommodate workers who are scheduled to report to their shifts on different days and times.

The workers are reportedly demanding that the company "immediately close down" any facilities where positive cases of the virus have been confirmed and to provide two weeks pay and testing to workers at those locations. Outlets report that other demands include a commitment from Amazon not to retaliate against employees who speak out, as well as an elimination of packaging quotas that allegedly leave the workers little time to wash and sanitize their hands on the job.

This protest comes ahead of a "virtual sick out" some corporate employees are hosting on April 24. The "virtual sick out" looks to pressure the company to reinstate fired workers and protest against treatment of warehouse workers. Prior to this protest, some workers have staged walkouts at Amazon facilities in New York, Michigan and Illinois.

Earlier this month, the company announced it would be building its own lab to test its employees for the coronavirus. The company said it would start by testing "small numbers" of its frontline employees and then work its way up to possibly testing all of its workers at a later date. In addition the company is now screening employees' temperatures when they clock in for work, as well as distributing face masks.

Amazon did not immediately respond to requests for comment from news outlets.