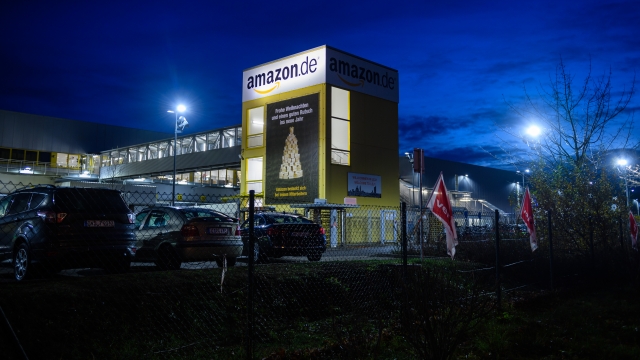 Customers may see deals during Amazon's Prime Day. Some of the company's workers, however, see an opportunity to get their employer's attention.

Workers in the U.S. and Europe planned strikes for Monday to coincide with one of the company's biggest promotions of the year.

At least 100 workers in Minnesota intend to walk off the job for six hours to protest working conditions and compensation. They say they're required to handle 600 items an hour and the workload is leading to stress and injuries.

A small number of Amazon tech workers in Seattle also plan to fly in join the protest. Those employees say they want to support their co-workers while also bringing attention to climate change. They're urging Amazon to reduce its carbon footprint in deliveries and use the company's clout to address climate issues.

Newsy reached out to Amazon for their response to the protests. A spokesperson sent a statement defending the company's $15-an-hour wage and said the people protesting were "conjuring misinformation" and were "simply not informed." Amazon also said its facilities have safe working conditions.

Over in Germany, a labor union said approximately 2,000 workers across the country have started a two-day strike. They — like the employees in Minnesota — are also protesting their compensation and working conditions. A trading expert with the union said, "While Amazon fuels bargain hunting on Prime Day with hefty discounts, employees are being deprived of a living wage."

This isn't the first time Amazon employees have gone on strike during Prime Day. Workers in Spain and Poland joined their German counterparts in protests last year. An Amazon spokesperson told Newsy the company does not expect this year's strikes in Germany to affect its Prime Day operations.