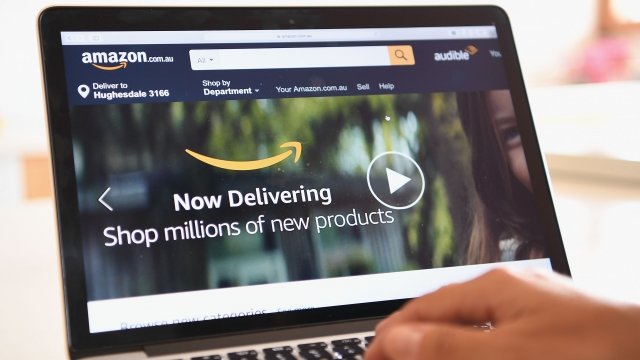 SMS
Amazon Questions Future In Seattle After City Passes Controversial Tax
By Katherine Biek
By Katherine Biek
May 15, 2018
Seattle's city council approved taxing its largest businesses $275 per employee per year. The funds will be used to combat homelessness.
SHOW TRANSCRIPT

Seattle plans to tax its largest businesses in an effort to combat homelessness.

Its city council voted in favor of a so-called "head tax" Monday. Under it, for-profit companies that earn at least $20 million in annual sales will be taxed $275 per employee each year.

That's about half the original proposed amount, which was opposed by Amazon and more than 130 other businesses.

Amazon even temporarily paused construction of a new office tower on its Seattle campus over the initial proposal.

After Monday's vote, Amazon's vice president said in a statement that the head tax was forcing the company to question its growth in Seattle. The Seattle Times reports the online retail giant employs more than 45,000 people in the city, meaning it would be taxed more than $12 million each year.

The tax, which will go into effect in 2019, is expected to raise about $50 million a year — a majority of which will go toward affordable housing and emergency shelter.

Seattle declared homelessness a state of emergency in 2015. The city has the third-largest homeless population in the U.S.

Seattle's mayor said she plans to sign the measure.