Amazon To Spend $700M To Retrain One-Third Of Its U.S. Workforce 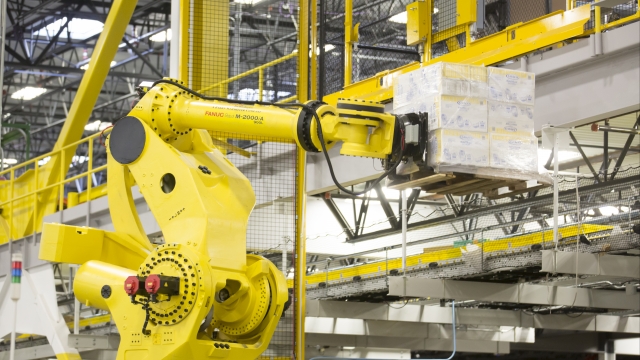 SMS
Amazon To Spend $700M To Retrain One-Third Of Its U.S. Workforce
By Peter Hecht
By Peter Hecht
July 11, 2019
The company says it needs to adapt to changing demands of technology, even if the workers it retrains end up seeking jobs elsewhere.
SHOW TRANSCRIPT

Amazon revolutionized the shopping experience, for better or worse. Now, the online retail giant says changing technology is affecting its own employees, and it will have to retrain them to move up or move on.

Amazon announced Thursday it will spend $700 million to retrain one-third of its U.S. workforce as automation replaces many company warehouse jobs and as demand spikes for data scientists and software engineers for machines and robotics.

Amazon has 275,000 full-time workers in America and more than 630,000 full- and part-time employees worldwide. And these days, the company's workforce also includes more than 200,000 robots.

It says its new training initiatives will include the high-tech skills needed for working in an increasingly automated environment.

Amazon is moving closer to offering deliveries by drone. And earlier this year, the company offered $10,000 exit bonuses and training for employees who want to leave to start their own businesses ... delivering Amazon merchandise.

Now, Amazon says it hopes to retrain 100,000 employees by 2025 to adapt to changing technology and to move into more advanced roles with the company.

But those getting trained won't be required to stay. Amazon says it's fine if some employees use their new skills to pursue other career paths.