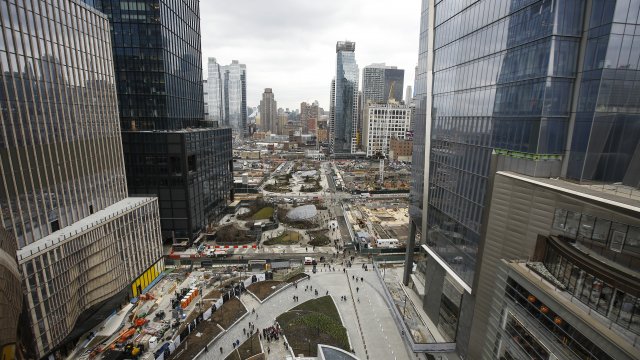 In 2017, Amazon announced it was looking for a place to put its second headquarters. But a deal to establish HQ2 in Queens fell through.

After abandoning plans to build a second headquarters in Queens, New York, Amazon says it will open a "tech hub" in Manhattan by 2021, but this time without controversial tax incentives.

In 2017, Amazon announced it was looking for a place to establish a second headquarters to match its main headquarters in Seattle. Amazon gradually narrowed down the list of bidding cities, and New York City won.

But that came with opposition. Although Amazon promised HQ2 would bring 25,000 jobs over 15 years, residents and politicians made it clear they weren't interested if it meant the company would receive nearly $3 billion in planned tax incentives from the state.

But on Friday, Amazon told The Wall Street Journal it's still looking to set up in New York — but it's not creating a second headquarters there. Amazon says it will lease a 335,000-square-foot space in Manhattan's Hudson Yards. Its new neighbors will include WarnerMedia, L'Oreal USA and, soon, Facebook.

This new office complex, set to open in 2021, won't receive the same benefits the second headquarters would have had. It will reportedly bring more than 1,500 jobs to the city in Amazon's "consumer and advertising units."

While the smaller setup may seem like a loss to Amazon, some say it's best for the city and people. Rep. Alexandria Ocasio-Cortez, who represents New York's 14th District, said in a tweet, "Won't you look at that: Amazon is coming to NYC anyway - *without* requiring the public to finance shady deals, helipad handouts for Jeff Bezos, & corporate giveaways."

In response to a comment about the loss of up to 25,000 potential jobs, she said:

"1,500 jobs off the bat is huge, & a much better deal than paying billions for a fairy tale that would've displaced many."