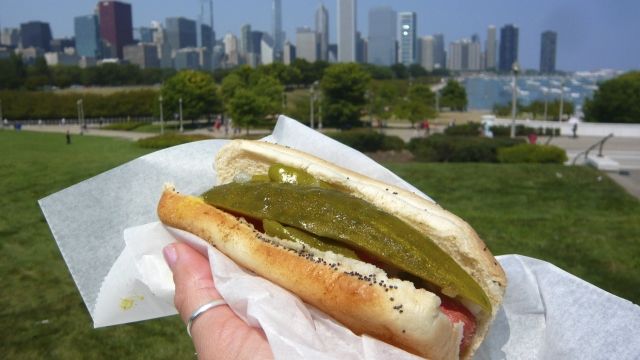 SMS
Amazon Started Delivering Food From Local Restaurants To Chicagoans
By Samantha Crook
By Samantha Crook
January 21, 2016
Users in the Windy City can order food from restaurants via the Amazon Prime Now app. The news comes a day after Uber announced a similar service.
SHOW TRANSCRIPT

Amazon restaurant delivery service is available in Chicago as of Thursday. (Video via Amazon.com)

During the rollout, there are no delivery fees. But you do need to be an Amazon Prime member to use the service. (Video via Amazon.com)

The news comes a day after Uber revealed plans to build out its food-delivery service, UberEATS, in 10 U.S. cities — including Chicago. (Video via Uber)

Chicago is a significant addition to Amazon's new service, because the city is also home to one of the earliest competitors in food-ordering services, GrubHub, which services more than 900 U.S. cities. (Video via GrubHub)

Over 70 local restaurants are participating in Amazon's delivery service in Chicago, and the company plans on adding more restaurants soon. (Video via VegNews)