Amazon's Big Gaming Push Might Leave Its Own Hardware Behind 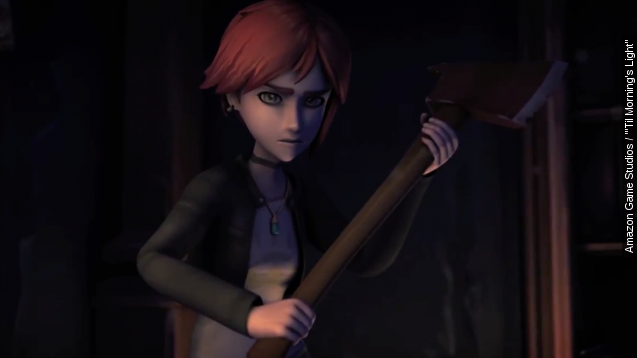 SMS
Amazon's Big Gaming Push Might Leave Its Own Hardware Behind
By Matt Picht
By Matt Picht
June 8, 2015
After grabbing top-tier talent and tech, Amazon Game Studios is gearing up for a big PC project that could leave Amazon's other devices behind.
SHOW TRANSCRIPT

After gradually easing itself into the video game market over the past year, Amazon's finally ready to take the plunge. The company's video game arm, Amazon Game Studios, is currently hiring staff for an "ambitious" PC game project.

"So here I am, stuck in a haunted house," said a character in the trailer for Amazon's game "'Til Morning's Light."

The studio's previous work was mostly co-developing and publishing mobile games for Amazon and iOS devices. Their latest effort, "'Til Morning's Light," was developed in conjunction with veteran studio WayForward Technologies and debuted in May to a largely positive critical reception.

But the online retailer been making some interesting advances into the broader video game market. Amazon's $970 million purchase of game streaming site Twitch.tv, as well as its acquisition of "Killer Instinct" developer Double Helix, made it very clear the company wants to root itself in the gaming industry.

Of course, we don't know much about what Amazon's new game venture will look like, but a major PC release would be a huge step forward for its gaming ambitions. This does leave us wondering about the company's future in game design, though.

It's not that Amazon doesn't have the resources to put together a AAA game — their roster of developers includes big names like Kim Swift of "Portal" fame, "Far Cry 2" designer Clint Hocking and "System Shock 2"'s Ian Vogel, among others.

And according to a recent Kotaku report, Amazon's also got technology on its side. The story says Amazon spent somewhere between $50 million and $70 million on licensing developer tools from Crytek, whose Cryengine software has long been a staple of big-budget game design.

But this new PC game puts Amazon Game Studios on a trajectory away from what almost everyone assumed it would be working on — exclusive games for Amazon's stable of devices.

Amazon Game Studios got its start making titles that only appeared on Amazon-owned platforms, like Fire TV and Fire Phone. But its recent releases have expanded out to other platforms. The success of "'Til Morning's Light" is partly due to the increased exposure it got on Apple's iOS store. (Video via Gizmodo)

Now the studio looks to be abandoning those Amazon devices altogether. It's hard to imagine a big-budget PC game that could run on any of Amazon's current hardware.

This all points to a changing attitude toward games over at Amazon — more exposure and more revenue is starting to trump their efforts to push specific devices on consumers. That's probably good news for the gaming public at large, but the move comes at the expense of Fire TV and Phone users.

We also have to ask — when will Double Helix get its turn back in the AAA spotlight? The last we heard from the studio was free-to-play mobile game "UFOs Love Cows," and that's a long way from its "Killer Instinct" and "Strider" heyday.